Production Ramp Up of Wiegand Sensors
for Energy Harvesting

POSITAL has upgraded its facilities for producing END_OF_DOCUMENT_TOKEN_TO_BE_REPLACED . These components, which generate small amounts of electrical energy from rotary motion, are used to energize low-power electronic devices such as counter circuits. To date, more than 500,000 Wiegand sensors have been manufactured and sold, 80% of which are used in motor-feedback applications. With its expanded production facilities, POSITAL has the capacity to manufacture a further million devices annually, with material secured for the next 10 million sensors.

Since 2014, POSITAL has been the world’s main source for Wiegand wire and related products. The company makes use of Wiegand-powered rotation counter systems in their popular IXARC multi-turn rotary encoders. It also provides Wiegand sensors to other manufacturers for use in energy-harvesting electronic counter systems. They are reliable, durable, and allow these counters to keep a continuous record of shaft rotations without the need for external power sources or high-maintenance battery systems. When used with multi-turn rotational sensors in motor feedback systems, they offer greater tolerance to shock, vibration, dust and moisture than alternative systems based on optical or mechanical measurement techniques.

From use in keycards and tokens, to pulse generators and servo motor applications, the performance and quality of this established technology has been continually improved over the last four decades.

“We see a bright future for this technology” comments Christian Fell, FRABA’s chief of technology development. “Engineers and scientists have been on the lookout for ways to enable standalone devices to harvest small amounts of energy from the surrounding physical environment to power isolated electronic circuits. Eliminating the need for external power sources or batteries make devices more self-sufficient, more reliable, and reduces maintenance requirements. The Wiegand effect is a proven technology for harvesting small amounts of electrical power from mechanical motion.” 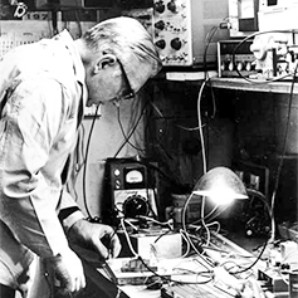